Johnathan Devey is a 19 year-old aspiring concert pianist living in Victoria, B.C. Born in Tokyo, he started piano lessons at age 5 and since then has always dreamed of sharing his music with the world. He started winning awards in the North Shore Musical Festival in Vancouver and the European International Piano Concours in Japan. Since moving to Victoria, Johnathan immersed himself in music-making through piano lessons with Linda Low, chamber music in the Collegium program, and as a frequent soloist with the VCM Senior Strings Orchestra. He participated in the Greater Victoria Performing Arts Festival every year, winning the City of Victoria Medallion, the highest award for piano, in 2019, and representing Victoria at the B.C. Provincial Festival thrice. He now studies in the music program of the University of Victoria under Professor May Ling Kwok. In 2020, he won the British Columbia Registered Music Teachers Association’s piano competition, which took him on a “virtual” tour of the province. In 2022, Johnathan is excited to attend the Mozarteum Summer Academy in Salzburg, Austria under the Strauss Foundation Scholarship, and perform the R.Schumann Piano Concerto as a soloist with the University of Victoria Orchestra. Johnathan enjoys sharing his musical journey of exploration with audiences, with a style that reflects a true passion for life.

In Memoriam for the Victims of Chornobyl by Larysa Kuzmenko deals with the horrific nuclear disaster of 1986. The composer grew up in Canada, where she is part of one of the world’s largest Ukrainian expatriate communities. The increasing possibility of a Russian invasion of Ukraine recently makes it more important than ever that the historical and cultural heritage of Ukraine is preserved. The piece reminds us of how devastating man’s impact on the environment can be, and I think it is just as relevant to us now as we confront the existential threat of climate change. 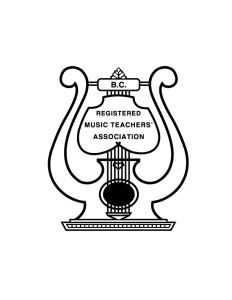