Ernst Schneider is an accomplished piano and theory teacher, and a renowned composer. For many years he taught piano and theory in his private studio in Penticton, British Columbia, as well as in three public schools. He is in demand as an adjudicator for music and composition festivals. He has taught and lectured at countless summer schools over the years. Many of his students achieved high marks and scholarships in festivals and examinations and went on to participate in Provincial festivals. Many students also continued their education in music after high school and taught music either privately or in the school system. As well, two of Schneider’s students received a doctorate degree in music and are now teaching in Switzerland and Kenya respectively.

Ernst Schneider became a Registered Music Teacher 1965 and received his 50-year pin from BCRMTA in 2015. At the provincial level, Schneider served on the BCRMTA Executive board as Newsletter publisher, Treasurer and President. Among his many accomplishments, he chaired the very successful 1998 Provincial Convention in Penticton with Angela Hewitt as clinician, and co-chaired the 2001 CFMTA/FCAPM Convention in Kelowna.

Ernst Schneider served a Vice-President and then as President of CFMTA/FCAPM from 1983 - 1987, succeeding Helen Dahlstrom as president. During this time, he earned a reputation for “calming the waters” and established new guidelines and policies. One of the many projects he engaged in was the Young Artist competition and the presenting of the winner to many areas of the Provinces. Schneider was also instrumental of having Newfound land join the organization as well as successfully applying for "charitable status" to enable CFMTA/FCAPM to issue tax receipts. He also produced the National Newsletter which is much the same format as today and opened up the publication for advertisements to cover costs.

Schneider has garnered much recognition for his work as a teacher, composer and citizen. Among these awards are:

Not content to merely “just tickle the ivories or put dots on five lines”, Schneider has been an active and committed community member, feeling it was important to “give back” even though it was often difficult to find the time:

Needless to say, CFMTA/FCAPM is delighted to name Ernst Schneider as Honorary President in 2019. 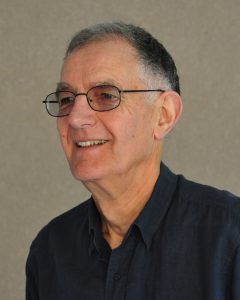